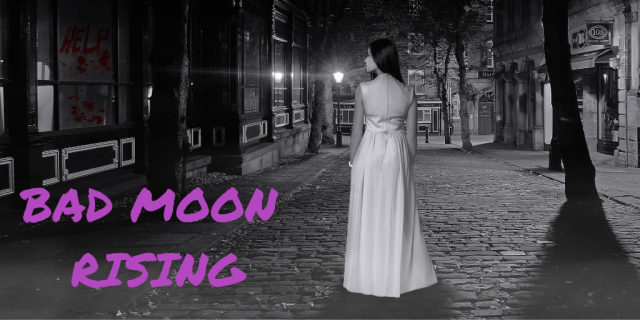 Today’s author is also making her first appearance at Bad Moon Rising.  I had the pleasure of reading her dark fantasy a couple months ago, and her science nerd main character stole my heart.  If you’re claustrophobic, you might want to skip the first question below – I struggled to breathe.  Welcome Carol B. Allen!

Would you rather sleep in a coffin for one night or spend the night in a haunted house?

Here’s what happens to me when buried in a shallow grave. Barely breathing, I attempt to move my legs and arms a mere few inches. My fingers tap the top of the make-shift coffin in a Morse code sequence. Will anyone hear? A flimsy breathing tube emits a trickle of light and air. But how long can I count on the dim glow of day before ink fills the sky? I’ve been left alive and promised release in the morning. Spindly, hairy spider legs crawl up my bare legs and arms. They don’t bite, but the sensation is unbearable.  Anxiety will kill me before anything else. Need I say I unequivocally choose the haunted house. I won’t be questioning that my feet will take me where I need to go when day breaks.

If you could time travel, where would you go and what year would it be?

I am heading to 19th century Paris. I am on a mission as I wander the boulevards blending with idle strollers. Paris is alive with the laughter of people of all ages and colors. In a trance-like state, I observe cultures blend and lines blur. Yet as a female writer, I am well aware barriers exist for me. Somehow, I arrive at the ornate Parisian home of George Sand. I need to know why was she compelled to write with a male pseudonym? My question is absurd—even females in the 21st century pound their chests to let their voices be heard. How much have things changed? I am invisible to George. I observe her write and silently whisper in her ear, “Why is it that when we choose to live by our pens, we provoke outright rejection?” Her face brightens. Her thoughts drift. She notes to her secretary, Emile Aucante, and encourages him to open a literary agency that will serve as an intermediary between writers and publishers. Have I inspired her mission?

If you were in a horror movie, would you rather have a loaded gun or a car that wouldn’t break down?

If you insist I choose, I’ll opt for the car that refuses to break down. My horror movie features ghosts, aliens, and random evil spirits. The ghosts dance on the hood of my car. Skeleton faces smirk and taunt me—their bony feet patter on my roof. The aliens use their telepathic mind to control me. I may cock the gun, and release bullets—but they don’t stop those who pursue me. The choice is clear. For me, freedom comes with the ability to keep moving. Stay alive. A car that won’t break down leads to the path of safety. I hope.

What was the hardest scene to write in your featured book?

My lead character, Parker, an introverted science nerd, has been abducted to save a dying planet from climate change. At a pivotal point in my book, she must overcome her innate shyness and build consensus with the other teens who have also been selected to foster a healthy ecosystem. As Parker’s emotions and values are revealed to the reader, only one choice remains for her.  I’ll admit I had a difficult time making that choice for Parker. And I can’t tell you what she decides, you have to read One If to find out.

Readers of One If will be relieved to learn I am wrapping up my sequel. One If closed with a thrilling cliffhanger. Readers email me daily desperate to know what happens. The good news is —by the time, Bad Moon Rising publishes this blog, my sequel, Two If will be near release.  I will be offering readers of Bad Moon Rising a special offer on the duology —two books for the price of one.

Which comes first for you—plot or characters?

For me, the story comes first—the foundation of why we write. I believe all good books have a story to tell that people want to hear. And then, strong, fully developed characters move the story forward. Neither can be weak—both must be rich in message and emotion to be successful. But without a compelling story entwined with memorable characters, a book isn’t going to hook a reader.

When Parker Kittridge, a quirky science student from New York City, is lured to 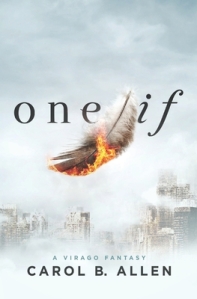 her terrace by a frisky hummingbird, she slips and plunges 18 stories to the street and awakens in Spyridon, a planet destroyed by climate change and locked in civil war. Parker quickly discovers she is not alone. Two other teens have also been kidnapped and they must join forces to save the planet if they have any chance to return to Earth.

The teens’ struggle for survival is fierce: murders, deceptions, power plays, love triangles and magical fantasy elements make this a high-stakes, coming-of-age adventure pitted against a race with time.

A Note from the Author

The Virago Fantasies are meant for everyone interested in the thrill of an adventure and our planet’s sustainability. As technology evolves and career opportunities change, I hope my books enhance interest in Science, Technology, Engineering, and Mathematics and inspire the advancement of women in STEM. A percentage of the sales of my books will be donated to organizations that benefit these interests. 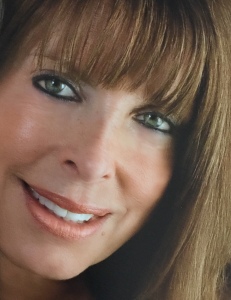 Carol B. Allen is an author and international, award-winning creative professional. She has held leadership positions in firms that believe in strengthening community across the New York Tri State Area. She plays an active role in supporting opportunities to enhance young women’s interest in the STEM fields as well as advancing causes that protect the environment.

She serves on the Advisory Committee for Advancing Women in Science and Medicine (AWSM), part of Northwell Health’s Feinstein Institute for Medical Research. Additionally, she has participated in an advisory capacity for the Girl Scouts STEM program.

A University of Michigan graduate, Carol received high honors and the prestigious Student of Distinction recognition.

Carol resides in Westchester County and is an active member of the Pound Ridge Authors Society. When she isn’t writing, Carol enjoys the city life and the country life, balancing her time with her family, exploring the cultural offerings of Manhattan as well as the great outdoors of the Northeast woodlands.

31 thoughts on “#BadMoonRising: One If (Virago Fantasy #1) by Carol B. Allen #darkfantasy #indieauthor”