The Cat That Changed America is based on a true story, with an imaginative retelling for children, and illustrated by Louise Goves.

The book is scheduled for publication on October 22nd (P22 day in California) by Sabana Publishing. 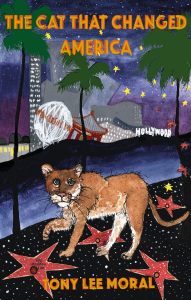 Based on a true story with an imaginative retelling for young readers;
P22 mountain lion is born in the beautiful Santa Monica Mountains outside Los Angeles, California.  But he is forced out of the mountains by Prime, a fierce older male lion who wants him dead.  He heads east to stake out a new territory of his own in the bright lights of the big city.  Along the way, he makes friends as well as enemies, and crosses two freeways, the 405 and 101.  He passes through the City of Stars at night, and strolls down the Hollywood Walk of Fame, all the while trying to avoid those bothersome humans.  After more adventures, he reaches the edges of Griffith Park. Can he make it his new home?

“This is an interesting tale created around an actual mountain lion born in the mountains of California. His name is P22 which comes from the region where he finally settled. The author has created an intriguing story about this animal who did an amazing thing – he crossed two highways to get to the forest area where he wanted to make his hunting ground and new home. He included a few other animals in the story with whom P22 interacted – a couple opossums, llamas and his father. . . Children will enjoy reading about P22 and cheer him on as he strives to find a new home in spite of the dangers he must face.” – Janice Spina, Children’s author. 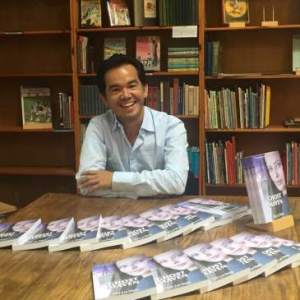 15 thoughts on “#CoverReveal: The Cat That Changed America by Tony Lee Moral #childrensbooks”