In the sequel to The Fever King, Noam Álvaro seeks to end tyranny 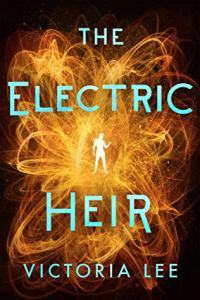 before he becomes a tyrant himself.

Six months after Noam Álvaro helped overthrow the despotic government of Carolinia, the Atlantians have gained citizenship, and Lehrer is chancellor. But despite Lehrer’s image as a progressive humanitarian leader, Noam has finally remembered the truth that Lehrer forced him to forget—that Lehrer is responsible for the deadly magic infection that ravaged Carolinia.

Now that Noam remembers the full extent of Lehrer’s crimes, he’s determined to use his influence with Lehrer to bring him down for good. If Lehrer realizes Noam has evaded his control—and that Noam is plotting against him—Noam’s dead. So he must keep playing the role of Lehrer’s protégé until he can steal enough vaccine to stop the virus.

Meanwhile Dara Shirazi returns to Carolinia, his magic stripped by the same vaccine that saved his life. But Dara’s attempts to ally himself with Noam prove that their methods for defeating Lehrer are violently misaligned. Dara fears Noam has only gotten himself more deeply entangled in Lehrer’s web. Sooner or later, playing double agent might cost Noam his life.

First, I’ll warn you this book contains some difficult subjects – sexual abuse, physical abuse, alcoholism, and eating disorders among others, and I appreciate that the author lists content warnings and also provides resource information at the end of the book for anyone experiencing these tragic situations.

While the first book in this series engaged me with its political intrigue and magic system, it was just an okay read for me.  But the followup reached out and grabbed me and didn’t let go until the explosive ending.

I spent most of the book being angry with Noam and wanted to throttle him.  He’s oblivious to the danger he’s in and walks a tightrope between life and death every day.  Dara does his best to get get Noam to see reality, but he’s fighting a losing battle.  As for Dara, seeing him without magic was like a stab to my heart, and his struggle to find his place in the world and battle his addictions is tough to read.  Although I found myself holding my breath numerous times over their predicaments and dreaded reading the next paragraph, their character arcs are a thing of beauty.

Lehrer uses his power and position to hide the monstrous things he does and is a compelling villain in every way – you really want karma to have its way with him.  While his political aspirations and manipulations are still an important aspect of the book, this is more of a character-driven novel compared to the first.  A few areas of the story are barely touched on, but overall, the pacing is pretty even and I found it difficult to put down the book.

At its core, The Electric Heir is truly a story about survivors of horrific circumstances, second chances, and finding your happily ever after.