Our internet was down for the majority of last week.  Some websites took over 45 minutes to load 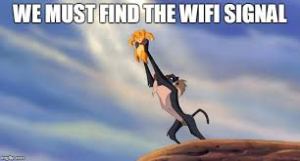 and others I just gave up on.  Streaming Netflix or Prime was out of the question.  It took several hours of speaking to 9 different AT&T reps spanning Tuesday through Saturday before the problem was resolved.  The first 7 told me they couldn’t help me at all and transfered me from one department to another.  What it all came down to was when I received help via esupport chat a couple weeks ago, the rep made our WiFi modem into a cell phone, voice only.  Not by my request, obviously.  It’s a complicated story that makes absolutely no sense.  However, my new best friend is AT&T rep Michelle from Oklahoma City who got me up and running on Saturday in about 20 minutes.  I was on hold for 30 minutes before I got her, but she was well worth the wait.  Now I have lots of blog visits to catch up on. 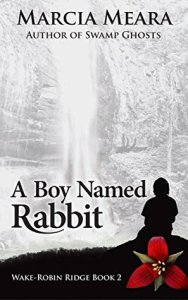 Over the weekend, I finished A Boy Named Rabbit by Marcia Meara.  And I want to join the family in that book.  It was the perfect heart-warming, feel good read to take my mind off everything going on in the world right now.  Other readers have commented on how much they loved Rabbit, and I fell head over heels for him.  I still need to write the review, but it absolutely will be a 5 star!

Now that we have WiFi again, hubby and I were able to watch more NYPD Blue on Prime.  I watched the series when it was on years ago, but he never did – and he loves it.  We’re still in the first season, and it’s just as fantastic for me watching it a second time.  We’re also watching Ride with Norman Reedus (Daryl from TWD).  Hubby isn’t a fan of The Walking Dead, but he enjoys Norman’s motorcycle adventures with guests as he visits different states and countries learning about the local culture and sampling some pretty tasty food.  It’s on late night Sundays, so we DVR it.

Friends, we’re one week closer to the end of this pandemic.  Everyone take care and stay healthy!