Hanging out in a haunted graveyard or spending the night in a haunted house?  This author has no problem with either – she’s done both.  And if the Ghostbusters need a new recruit?  She’s ready – already has the proton pack.  Welcome Laura Smith!

I’ve actually walked through a haunted graveyard at midnight, and it didn’t really phase me. Cemeteries are pretty peaceful places at any time of day, and as long as your intentions are innocent, nothing should bother you.

I’ve also spent the night in old, eerie houses and even once slept over in a church as a kid which was pretty creepy, but as a horror fan, it’s also exciting. It’s everyday life that scares me, and having other people around me who are afraid of the paranormal always makes me feel braver not only to face a potentially scary situation but also to come out of my shell in response to that adrenaline rush that you get from being scared.

Would you rather spend a night in The Overlook Hotel with Jack Torrance or be in the high school gym during prom with Carrie?

While I’d love to experience the isolation of staying in a hotel during a blizzard, I’d be more in my element around Carrie. I feel like she would leave me alone, and I’d either be able to stop her from getting drenched in pig’s blood or at least get out of there before she freaks out. Also, Carrie is my favorite Stephen King book so that alone gets my vote.

Would you rather be part of the X-Files team or Ghostbusters?

Definitely the Ghostbusters. I watched both movies religiously as a kid, and my brother, sisters, and I had toy proton packs that we would use to play Ghostbusters while the cartoon played in the background. So, I feel like I’m really practiced in the art of busting ghosts. I’ve also never seen an episode of the X-Files. So, it was an easy choice.

What is your favorite cover of all your books?  Why?

Saving Hascal’s Horrors is easily my favorite cover. I drew the image myself and chose the font. It’s not perfect, but it’s personal, and each silhouette perfectly represents each of the main characters in the story.

I love to read, watch movies, draw, exercise, garden, watch YouTube videos, shop, and spend time with my family. I’m never bored. There are always projects or activities in progress in or around my house, and this year, I’ve taken on so many writing gigs, including starting my own blog, that there’s always writing to do. If I could freeze time or add more waking hours to my day, I would, but I always finish what I start.

In terms of novels, I’m working on a trilogy about a little girl who gets super powers after losing her eyesight in one eye in a freak accident. The series has a strong anti-bullying message. Each character is bullied for a different reason, and it’s populated with my most diverse cast yet. Two books in the series are finished. The first is in the process of being submitted to agents and publishers, the second is in the editing process, and the third is still being written. I’m determined to get this series traditionally published, even if it’s just by a small, independent press, but I’m still proud to be called an indie author.

Ten-year-old Mike Hascal loves horror movies. His family owns a horror-themed shop that his sister, Julie, inherited from their dad who died when Mike was only two. Before his death, the shop held a contest to see who could find and photograph a real live ghost. Two teenage boys went into some nearby woods looking to win this contest. One of the boys, Shawn Mackey, never made it out of the woods. Shawn’s father, a teacher at Mike’s school, then forced the Hascal family to close their shop to the public.

When Mike finds out about this, he and his friends, along with his new friend and horror movie lover, Freddy Nickerman, spend the summer planning a search for Shawn’s body in the now forbidden woods. Will Mike and his friends make it out and save the shop, or will the ghost of Shawn Mackey keep them from leaving too? 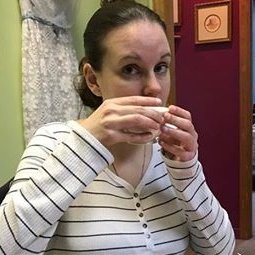 Laura Smith is an author, blogger, and freelance writer from Pittsburgh, PA. She has self-published three middle grade books, writes book reviews for LitPick, reviews movies for HorrorScreams VideoVault, and blogs for HubPages and her own personal blog. She is a life long horror fan, and her love of the genre led her to write her second novel, Saving Hascal’s Horrors, which is an homage to both the kid-friendly and adult horror books and movies that she devoured growing up. When she’s not writing, she’s usually watching movies, drawing, gardening, shopping, and spending time with her family.