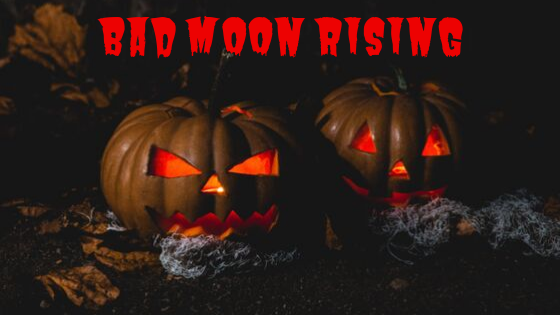 If you’ve been here for Bad Moon Rising the past few years, Sue Rovens is a familiar name.  She’s here today with her newest release, Buried, where strange things are afoot in the cemetery.  Sue is also looking for authors to feature on her blog for Meet and Greet – her contact info is below.

Honestly, I’d prefer neither. BUT, if forced to make a decision, I would probably rather walk through a graveyard instead of spending the night in a haunted house. The walk would be faster (although I’d probably run). Plus, I tend to think of graveyards as more sad places than scary. Having said that, there have been some movies which have pushed that boundary for sure!

Would you rather be abducted by aliens or a serial killer?

Well, since I don’t believe in aliens (and DO believe in serial killers), I would have to go with being abducted by aliens since that is the least likely to actually happen. J

Would you rather be locked in a haunted insane asylum or lost in the woods with a killer on the loose?

Again, neither! But, I suppose locked in an insane asylum. Being lost in the woods with a killer after would most certainly not end well as I’m not very comfortable in the woods. Plus…woods = spiders.

What behind-the-scenes tidbit in your life would probably surprise your readers?

That instead of having horror/gory/creepy things around my office at work (and my house), I have pictures of animals and cute things. I kind of live in a dichotomy – having written horror yet preferring to be surrounded by adorable photos of elephant shrews and baby ducks.

What’s the most difficult thing about writing characters of the opposite sex?

I actually find writing female characters more difficult. I don’t see myself as the “average female” (whatever that means anymore – society had fairly specific definitions and expectations when I was growing up).

I don’t have kids. I don’t wear make-up. I’ve spent a great deal of years involved in once was thought of as “mostly guy activities” (martial arts, ROTC, weight lifting, etc). I understand that things have/are evolving now so gender divisions are more fluid.

Having said that, I still feel like I might sway a little bit toward stereotyping a few of my female characters. I don’t mean to and I try to make a conscious effort to have all manner of personalities included in my books, but it can be difficult when something has been so ingrained in one’s thinking over so many years.

I also run a few times a week, lift weights, watch movies, hang out with Charlie (my better half), listen to music, fuss around our new house, try to get our old house sold (anyone want to buy a tri-level in Normal, Illinois?), look for venues to sell my books, and play with our two kitties. (other than working full-time at ISU)

I would also like to add, if I may, that I have a section of my blog dedicated to authors of ALL genres and would welcome anyone to get in touch with me through email if they would like a spot in my Meet & Greet (author interview) Section. 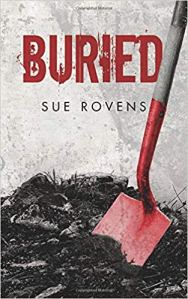 Priscilla Wyatt is a single, middle-aged nursing assistant who lives behind Sommerville Funeral Home. When her dachshund, Weenie, returns home with a ghastly find, Pris’s life starts to spiral out of control, plummeting her headfirst into the macabre.

Gerald Zenith, proprietor of Sommerville, couldn’t care less about the dead. Between running scams and keeping a necrophiliac subordinate in check, Gerald’s hands are full. He hasn’t the time nor the interest to be concerned with what is happening in the cemetery during the wee hours of the mornings…until all hell breaks loose.

Some secrets are too big to stay buried.

Fresh from a Publisher’s Weekly starred review of her second novel, Track 9, 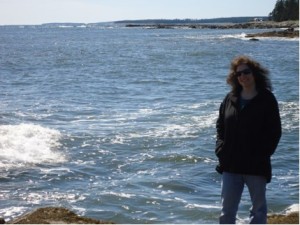 which follows a newlywed couple trapped in a haunted train station in Germany, Sue was already in the midst of fine-tuning her third book, Buried. Fans are already discovering the suspenseful secrets behind this latest tome which came out earlier this year from Plump Toad Press.

Sue also has two collections of short stories, one of which made a splash of its own. Her story “Coming Over” from In a Corner, Darkly: Volume One, was taken and adapted by the Southern Illinois University theater department and turned into a short film.

Sue, who is a current member of The Chicago Writers Association and The Alliance for Independent Authors (ALLi), has written for (the now defunct) e-zines, Machinations into Madness and The Grim Seer Society. She has also been a contributing author on Golden Linings II: More Tiny Tales about Pets, for Pets, which came out last month (July 2019), and wrote the article “Planning for a Successful Book Fair” for ALLi.

Aside from working full time at Illinois State University, Sue has had the opportunity to showcase her books throughout the Midwest.

Sue hosts a blog where you can purchase all her books, read interviews from over 115 authors representing several different genres, and discover some other artists in the entertainment field.