Happy Monday, guys!  Not sure about you, but we’re roasting here.  I feel like we live inside a dryer turned on high – the heat and humidity are miserable.  When it’s like this, I stay inside with the AC.

My beta returned her notes a week ago – she had some fantastic ideas, and confirmed some things I already suspected in the back of my mind – and I’ve been hunkered over the laptop for the past eight days deleting, rewriting, and adding/deleting POVs.  We’re going out of town this weekend with friends to Memphis (first time for me), so my goal is to get this done, sent off to my editor, and enjoy the weekend without thinking about the book every second.  This is also why I’m so behind on visiting blogs – I promise I’ll get to yours!

I’ll post more about it this week, but with some expert help from a friend (thanks, Staci!) The Gemini Connection now has a new description on the back:

Planet Tage is dying, and the best hope of saving it is gone. 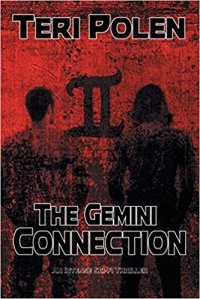 Seventeen-year-old identical twins Evan and Simon share an extraordinary bond, a trait that’s both useful and invasive. They use their connection in their work at Scientific Innovations. Evan is a Mindbender, someone who enters the minds of scientists to spark ideas, join thoughts, and battle nightmares. Simon is a science prodigy and Tage’s best chance of survival.

Unfortunately, their unusual link often bleeds into their private lives. When Evan discovers his brother is keeping a secret from him, he lashes out and ignores requests to talk, and even pleas for help. By the time Evan tunes back in, he finds their connection severed and Simon missing.

He suffers a terrible case of survivor’s guilt. Moreover, he’s desperate. The fate of the world rests on Simon’s return, and Evan is willing to do anything to get him back—even working with his greatest rival, who also happens to be Simon’s boyfriend.

Evan finds allies among enemies and adversaries among friends. When nothing is as it seems and everything is depending on him, he must explore a dangerous aspect to his twin connection he never knew he had.

If he fails, he’ll lose both his brother and his world.

What does this mean for you?  A Christmas in July sale!  I have a stack of books at home with the old description I’m selling for $10, and will ship them to you media mail.  If you’d like to purchase one (or more!) email me at tpolen6@gmail.com 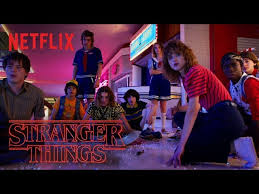 I usually mention what I’m watching, but this week, it’s what I’d like to be watching.  I’ve been waiting for so long – Stranger Things is back!  Season 3 dropped last week, but because of the rewrites, I haven’t been able to get to it yet.  I forsee bingeing in my future.

28 thoughts on “#AmWriting, #BookSale, and #StrangerThings3”