THE WINNER OF THE E-BOOK GIVEAWAY IS STACI TROILO!

I have a surprise for you – today’s authors are giving away a Kindle e-book copy of their young adult paranormal novel!  All you need to do is leave a comment below, and the winner will be chosen by random.org and announced next Tuesday.  If you’d like to know what Homer Simpson has in common with zombies, read on.  Welcome Jean Knight Pace and Jacob Kennedy!

Jean: Hmm, definitely the first to die. Or the comic relief. My luck, I’d probably be both.

Jacob: If I were in a dark alley, I would prefer to meet a zombie. They seem slow and stupid. In fact the whole notion of the zombie as portrayed in popular lore, is that of a slow, unthinking, ravenously hungry creature not dissimilar to Homer Simpson. However, unlike Homer Simpson, for some inexplicable reason, nothing can stop the Zombie. Even though they are a decaying, rotting and can’t reason any better than a 1-year-old child, the zombie can take over the entire world. The best strategy against the zombie? Based on my simple observation…walk away. Barring that, a baseball bat should do the trick. It’s not rocket science.

Jacob: I would have to ask, how haunted is this house? Where is it (because I’m not one to take a long trip unless it’s going to be awesome)? And how much does the gig pay ?

What tools do you feel are must-haves for writers?

Jean: Pen, notebook, computer. Just the basics for me. The other things honestly start to feel overwhelming. I enjoy a good book on craft here and there, but really just give me a pen and piece of paper.

Jean: Generally, I do my part-time job and other stuff in the mornings. Then in the afternoons I write. I start with one or two unsavory or tedious tasks (usually something technical or marketing). And then I get to write and edit, which is my favorite part. I try to get several hours of writing and/or editing in each day.

Jean and Jacob: We’re working on a new series that we’re really excited about. It’s a middle grade series set in the White House with a Twilight zone-esque twist. It’s sci-fi, but some smart ghosts may or may not make a few appearances.

Despite the perks of living with her rich aunt, Ella’s new life in Napper, Indiana, is pretty much tragically boring.

As rogue wolves begin to stalk the edges of town and a serial killer with a penchant for silver bullets draws closer, the city of Napper seems to wake up.

Ella, with her new friends, Sam and Sarah, might be able to find out what the strange occurrences mean. Except that they’re all being pulled in different directions by people who love them; and some who don’t.

Before they lose their way to the whispers they hear from the past, or the call to a future they’re not sure they want to create, the friends will need to confront who they really are and figure out what’s hiding in the silence of their sleepy little town. 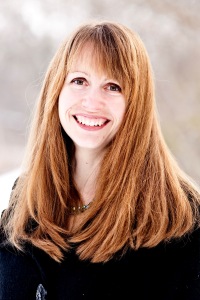 Jean Knight Pace is the co-author of the YA novels, Grey Stone and Grey Lore, as well as the Amazon best-seller, Hugging Death: Essays on Motherhood and Saying Goodbye. She has had essays and short stories published in Puerto del Sol, The Lakeview Review, and other literary magazines. She lives in Indiana with her husband, four children, seven ducks, two chickens, and a cat. You can find more about her at jeanknightpace.com.

Jacob Kennedy is the author of the YA fantasy novels Grey Stone and Grey Lore. He lives in

Indiana with his wife and kids. When he’s not dreaming up stories about wolves, ghosts, and other creatures, he’s working his day job as a doctor in the emergency room.