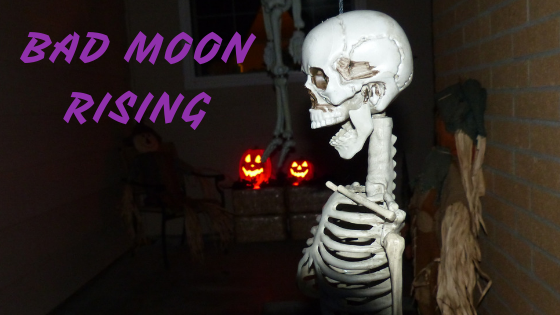 If you’re looking for an atmospheric horror story to read, I can heartily recommend this featured author’s book, Kind Nepenthe.  I also recommend following him on Instagram – he has some awesome horror memorabilia, and the pictures of his farm are outstanding.  Interested in haunted hotels?  Matthew’s your guy – it’s their family tradition to stay in them when given the chance.  Welcome, Matthew Brockmeyer!

Oh, I’d definitely be the comic relief. I love humor and comedy and consider myself to have quite the wit. I’d be the half-drunk skeptic, making fun of everything, including the creepy legends. Taunting and cajoling in a waggish and droll manner. But then, in a crazy plot twist, it would be revealed that I was actually the killer all along! Didn’t see that coming, did you?

Of course I would! In fact, I’ve paid to sleep in haunted places. We’ve made it our family tradition to stay in haunted hotels whenever we get the chance. Some we plan our vacations around, other times, if it’s late and we’re driving through a town, we’ll just google “haunted hotels in the area.”

We’ve stayed in some pretty great ones.  One of my favorites is The Mendocino Hotel in the town of Mendocino (that’s where Angela Landsbury rides her bike in the opening to Murder She Wrote). It’s a historic hotel, right on the Pacific coast, that was built in 1878, and it features a fantastic restaurant. We’ve even stayed there a couple of times on Halloween, because they close the streets in town and have a great celebration with trapeze artists and knife throwers.

Supposedly a Victorian-dressed woman haunts the halls. She’s fond of men but dislikes women and will knock over bottles and turn the lights on and off, as well as other mischief. Many a guest have reported seeing flashes of her in the mirror.

I’ve asked waiters and the bartender about it, several recounted quite spooky nights closing up the restaurant when the lights flickered and things were not where they left them.

The most seemingly haunted of all of would probably be the National Hotel in Nevada City. Established in 1852, it is touted as the longest continuously running hotel west of the Rockies. This one’s been on tv a lot and featured in all kinds of documentaries. In fact, some claim Nevada City to be the most haunted town in California. The truth is, though, that the hotel is scary because it is literally falling apart. There are roped off sections deemed too dangerous to tread on, sagging steps, peeling wall paper, and there are water stains everywhere. Staying there can be terrifying, because of all the mold spores you’re inhaling! It’s definitely a spooky place, people report hearing the piano start playing in the wee hours and often the lobby reeks of cigar smoke, despite the strict no smoking policy.

Another great one is the Holbrooke Hotel in Grass Valley, which, despite being built in 1862, has been kept up very nicely. It’s quite charming with a fabulous restaurant. Many a famous guest has stayed there, including Mark Twain, Ulysses S. Grant, Grover Cleveland, Benjamin Harrison, James Garfield and prize fighters, “Gentleman Jim” Corbett and Bob Fitzsimmons.

Others are La Rose Hotel in Santa Rosa, the Benbow Inn, the Hotel Arcata, the Eureka Inn (which has the creepiest oil paintings ever in the lobby), and the Scotia Inn. Honestly, I’ve never seen a ghost at any of them, but they’re all very old and full of character.

I live on a little homestead/small farm so I spend a lot of time tending crops, spreading manure, irrigating, pumping water, planting seeds, and that kind of stuff. I really love being in nature and working with plants in the sunshine. I spend a lot of my free time reading and watching horror movies and quirky documentaries. I feel it’s important as a writer to keep up with what’s going on. I’m a family guy, too, and really enjoy being with my wife and kids. We have a blast together.

I’m working on a novel about a cult of blood-worshipping pornographers. It’s been a little slow going, but I’m over halfway done now and feel like I just got to give it that final push. It takes place in the early eighties in the punk rock scene of San Francisco. The leader of the cult is a Charlie Manson type figure. I’ve been obsessed with the Manson Family since I was a kid. I can just barely remember my parents watching that made-for-tv movie Helter Skelter when I was a child (just watched it again recently, it holds up really well. Great movie). There’s something so fascinating about these beautiful girls giving up their lives to this weird little man: the power he held over them, how he was able to manipulate their emotions and fears. They had their own language and all kinds of crazy beliefs and dogmas. The sexual nature of their cult is also captivating and disturbing. As well as the paradox of peace and love hippies being bloodthirsty killers. Fun stuff for a horror novel! 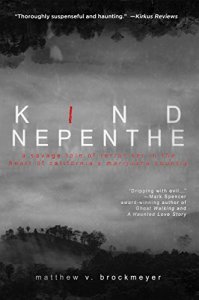 Rebecca thought she’d find a hippie paradise when she moved to the desolate back hills of Humboldt County. A place to commune with nature and teach her five-year-old daughter how to live off the land. Instead, she discovered a nightmare. 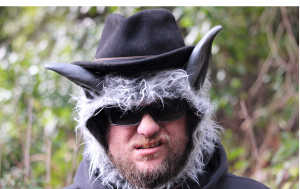