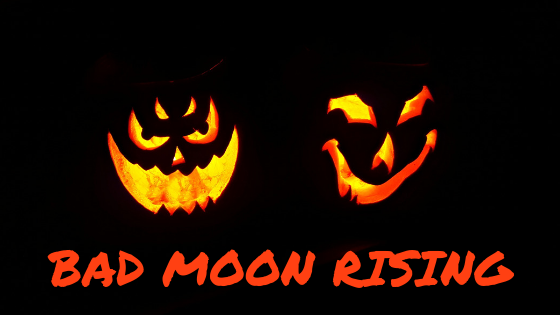 Today we welcome Sue Rovens and her thriller, Bad Fish!  Read on to discover how a nasty hotel became the inspiration for her book, and how she feels about Ouija boards (I’ve decided no one has had a good experience with them).

Have you ever played with a Ouija board?

Yes, but I think they’re evil. I know…it’s just an old parlor game. But there is a deep-seeded belief in me that tells me playing with one opens the door to evil. I think it stems from growing up in the late 60’s and early 70’s and watching scary movies by myself.

I think it depends on the circumstance. I don’t particularly seek out going against superstitions. For example, I won’t open an umbrella in the house on purpose or walk under a ladder, but if I knock over the salt shaker, I will toss some grains over my shoulder. I certainly don’t think black cats are bad luck – Noodle (my 5.5 year old kitty) is a great ball of purr! I also don’t consider Friday the 13th especially bad – although it does mean that my paycheck will be smaller on account of how we get paid at the university.

I listen. I watch. I notice. I read. Most of my plots and characters are pulled from nuggets of real life. In Badfish (my first novel), I based the motel on a place where I ALMOST stayed (it was too nasty – which is where I got the idea for the story). In Track 9 (my second novel), I based it off of the train station I saw in Munich back in 1996. For the new book, Buried, I combined two ideas – one, from an episode of Hoarders, and two, from a story I read awhile back about a funeral home NOT burying the bodies and reusing materials.

For characters, most of them are VERY loosely based on people I’ve met, known, or seen (probably similar to most other authors).

Good writing is certainly an influence – Stephen King, Jack Ketchum, and more recently, Benjamin Percy to an extent, are three examples. However, the more I write, the more I find my own style.

I prefer to write to the story and the characters. I don’t necessarily write in “pretty prose” or in an esoteric literary style. That’s fine for some, but it’s not for me. That’s why I love Jack Ketchum’s way around a sentence/page/paragraph – it’s all about moving the story forward and understanding the characters and not so much about the minutiae. If a writer takes four pages to describe the weather, I check out.

Blurb:   Priscilla Wyatt is a hoarder who lives next to a funeral home and cemetery in Foote, Indiana. When Weenie, her dachshund, comes home with a ghastly find from a grave, Pris’s desire for a new collection spirals out of control and plummets headfirst into the macabre.

Gerald Zenith, proprietor of Sommerville Funeral Home, could care less about the dead. Between running scams, bilking families in mourning, and keeping a necrophiliac-leaning subordinate in check, Gerald’s hands are full enough. He doesn’t have time to concern himself with a middle-aged woman who pokes around the cemetery during the wee hours of the mornings.

By the time Pris unearths someone she knows, hell has already broken loose within the walls of Sommerville. Some secrets are too big to stay buried.

This novel will be put under the suspense genre, though there are bits of horror. It’s actually very character-driven; much more than straight horror books tend to be. 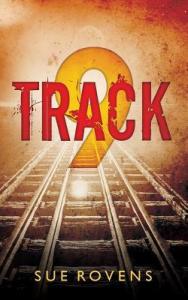 After a catastrophic railway accident leaves a trail of carnage and devastation in its wake, the small train station in Rain, Germany is shuttered.

Six months later, Gary and Grace Wolf, returning home after their belated honeymoon, find themselves trapped inside the now defunct terminal. What they discover within its walls leads them to make harrowing decisions. What they learn about each other pushes them to the brink of disaster.

Back in Bloomington, Illinois, their best friends, Mike and Sarah Waverly, await their return. A few hours before the plane is scheduled to land, Mike becomes tormented by troubling premonitions concerning Gary and Grace. Driven to find out the truth, Mike finds himself battling mysterious and inexplicable obstacles that plunge him into his own personal hell.

Everyone’s fate hangs in a precarious balance as the clock runs out.

My Blog: http://suerovens.com (follow me! I interview authors of ALL genres!) 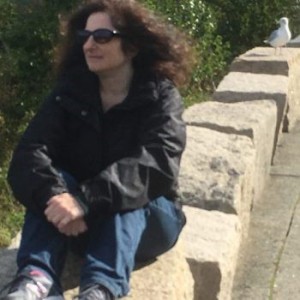 short horror stories. My third suspense novel, Buried, is currently being read by beta readers. The plan is to have it available for the public sometime in 2019. All my books are available on Amazon in paperback and Kindle formats.

I wish I could say that I write full-time (for a living), but no. I work at Illinois State University as the Stacks Maintenance Manager in Milner Library. I’ve been with ISU for 27 years (in various positions throughout the library).

I have a Master’s Degree in Kinesiology and Recreation and a Bachelor’s in Speech Communication from ISU. Long ago, I held an EMT-B certification.

When I’m not writing, I’m either running, watching weird movies, lifting weights, herding Noodle (our 5½  year old enormous black cat who weighs about 18 pounds) and our year old kitten, Monkey, around the house or hanging out with Charlie, my “partner in crime”.