I’m currently reading Girl at the Grave by Teri Bailey Black.  Small towns hold the most secrets, and this one has loads.  I’m enjoying the earlier time period of this book. 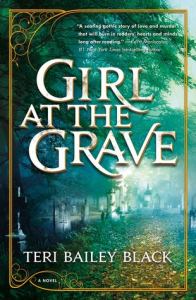 Valentine has spent years trying to outrun her mother’s legacy. But small towns have long memories, and when a new string of murders occurs, all signs point to the daughter of a murderer.

Only one person believes Valentine is innocent—Rowan Blackshaw, the son of the man her mother killed all those years ago. Valentine vows to find the real killer, but when she finally uncovers the horrifying truth, she must choose to face her own dark secrets, even if it means losing Rowan in the end.

I just finished Hades Rising (Assassin Fall #1.5).   I read the first book in this series around a year ago, and I can’t recommend it enough!  I’ve been missing Hades (Two), and this novella gave some insight into his tortured past.  This will satisfy me for a bit, but I’m anxious to get the next book!

Best friends, Two and Nine, have spent their entire lives within the Academy’s 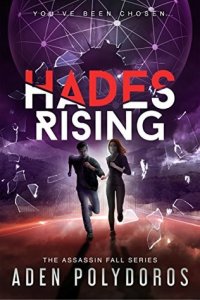 barbed wire fences and tall brick walls. Deep in the San Juan Mountains, they have lived in absolute isolation with the other subjects, trained so that one day they may be integrated into the outside world.

Two dreams of becoming the perfect military leader the Academy wants to groom him into. However, when he learns that Nine is leaving the Academy, he realizes that his future is meaningless without her. With time running out, he hatches a plan for them to escape together–even if it means going against the brutal overseers of the project he was born into.

Next, I’ll be reading an ARC of The Point by John Dixon.

What if you had a power you had to hide from everyone–until now? In this bold sci-fi action thriller, a secret training program at West Point is turning misfits into a new generation of heroes.

Welcome to The Point, future leaders of the Posthuman Age.

New Cadets, society is not ready for you. The oldest, fiercest fear is ignorance. The general population would burn you at the metaphorical stake.

Here, you will train alongside other posthumans. You will learn to control and maximize your powers and to use them for the greater good. You will discover camaraderie and purpose.

You will become a part of something bigger than yourselves: the Long Gray Line.

Scarlett Winter has always been an outsider, and not only because she’s a hardcore daredevil and born troublemaker–she has been hiding superhuman powers she doesn’t yet understand. Now she’s been recruited by a secret West Point unit for cadets with extraordinary abilities. Scarlett and her fellow students are learning to hone their skills, from telekinetic combat to running recon missions through strangers’ dreamscapes. At The Point, Scarlett discovers that she may be the most powerful cadet of all. With the power to control pure energy, she’s a human nuclear bomb–and she’s not sure she can control her powers much longer.

Even in this army of outsiders, Scarlett feels like a misfit all over again, but when a threat that endangers her fellow students arises from the school’s dark past, duty calls and Scarlett must make a choice between being herself and becoming something even greater: a hero.

14 thoughts on “WWW Wednesday: What Am I Reading? #amreading”