Hope your weekend was as fantastic as mine!  My son graduated college (and has a JOB!), he’s able to spend some time at home before starting his new job, and, living in KY, we had a wonderful time with friends at a Derby party on Saturday.  I never bet on horses because I have such horrible luck, but if I’d looked at the horses running, I totally would have won based on the name alone, because I was such a fan of the show Justified (the winning horse was Justify – close enough).

As far as writing, I met my goals this week.  The word count dropped off a little towards the end of the week, but that was because of marketing the new book and my son coming home sooner than expected.  Going to try to keep the momentum going for this week.

My mom duty list has been longer than usual.  The graduating son needed appropriate clothes for his ‘real world’ job, so we had a Pretty Woman shopping 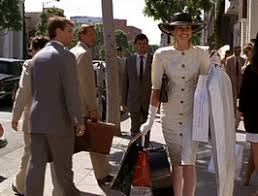 day.  And I hate to shop.  But for the kids, I don’t mind it as much.  The other son is taking a cruise to Europe in the next couple of weeks, and we have a checklist of items to take care of.  Have I been to Europe?  No.  How many times is the aforementioned son going this summer?  That would be twice.  But I’m not complaining.  No, seriously.  Both trips are through music programs, and are fantastic opportunities for him.  He’ll be visiting a total of seven countries and performing at beautiful venues.

Now for some shameless self-promotion.  The Gemini Connection release date is approaching:  May 31st for the paperback, and June 7th for the ebook.  If you’re so inclined, you may preorder from the links below.  Over the next couple of weeks, I’ll be posting some snippets and playlists I used while writing.  Stay tuned! 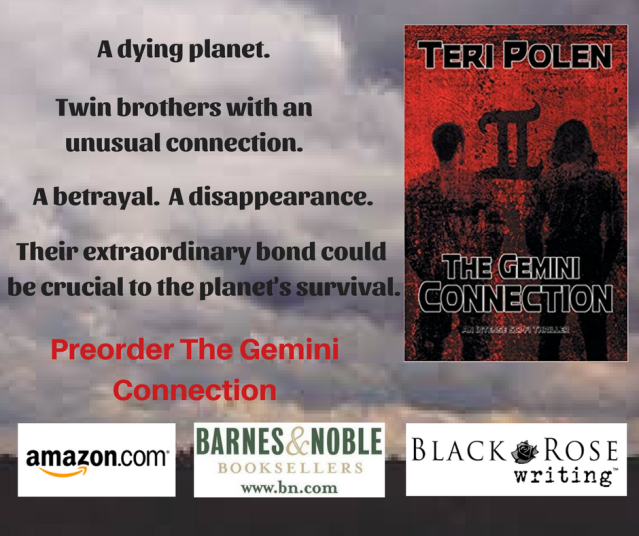