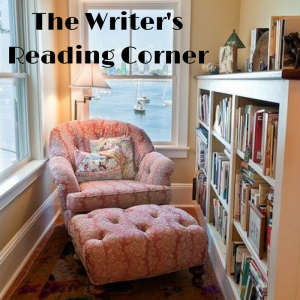 May the fourth be with you!  Being the Star Wars nerd that I am, you know I couldn’t pass that up.  Occasionally, we come across books in which the characters feel so real it’s as if they’re sitting beside us while we read, and the writing evokes powerful emotions.  Georgia Rose was fortunate enough to come across a novel such as this, and it shaped the course of her own writing career.  Welcome, Georgia!

Thank you very much for inviting me onto your blog, Teri. I have thought long and hard about which book I should choose for my reading corner, after all there are so many fabulous ones out there, but it came down to this, which book I have been unable to get out of my head since I read it? Once that decision was made the choice was simple, A Shiny Coin for Carol Prentice by Mark Barry. I should perhaps say at this point that Mark is my editor, but I fell in love with his writing long before he became that. It is because of his writing that I asked him if he would be my editor in the first place. 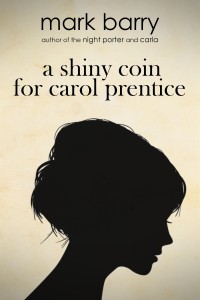 I reviewed Shiny here, if anyone fancies taking a look. Barry’s writing makes you feel every emotion that runs through this unusual story. As you read you think you know what might be coming, you fear what you suspect might be the reason why Carol swore she would never go home and why she is going to such lengths to plan her revenge and yet you cannot look away. Barry’s writing is spare and yet full and rich, his characters some of the most colourful you will ever read and the story humorous and yet totally, totally serious. Even now, writing these few words about it makes me want to go and open it again.

It costs less to download than one shiny coin and I challenge all who venture this way to go and get it, you can thank me later.

The Blurb for my latest release, Parallel Lies

‘My name is Madeleine, Madeleine Ross. It is a name chosen with thought and because it is classy, and that is what is needed here…’

Madeleine Ross has life exactly as she planned it. 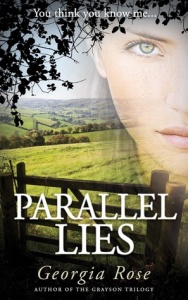 It’s an enviable existence for an independent young woman, and one she’s keen to protect.

Enter Daniel – strong, dependable and a danger to everything she’s built. He’s not something she was looking for, but hearts can’t be controlled and maybe, just maybe he might be worth letting into hers.

But, all is not what it seems. Because Madeleine is hiding a lifetime of secrets. Deep secrets.

And they never stay buried for ever.

Her darkest secret returns, like the proverbial bad penny. He is her first love, shadowy, dangerous, the baddest of bad boys. No matter how far she runs, or how well she hides, she can never escape him.

Here he is, on her doorstep, with a proposition she is powerless to resist but which could devastate the future she hoped to have.

Can Madeleine satisfy the old love while keeping the new?

You can’t always get what you want but, desperate to preserve the life she has worked so hard for, Madeleine is willing to risk everything to prove that she can. 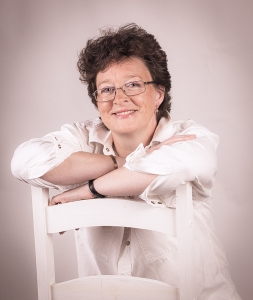 Georgia Rose is a writer and the author of the romantic and suspenseful Grayson Trilogy books: A Single Step, Before the Dawn and Thicker than Water. Following completion of the trilogy she has been asked for more and so has written a short story, The Joker, which is based on a favourite character from the series and is available to download for free from Amazon.

Georgia’s background in countryside living, riding, instructing and working with horses has provided the knowledge needed for some of her storylines; the others are a product of her passion for people watching and her overactive imagination!

She has also recently started running workshops and providing one-to-one support for those wishing to learn how to self-publish and you can find her, under her real name, at www.threeshirespublishing.com.

Following a long stint working in the law Georgia set up her own business providing administration services for other companies which she does to this day managing to entwine that work along with her writing.

Her busy life is set in a tranquil part of rural Cambridgeshire in the UK where she lives with her much neglected husband and dog. Their son, currently at university, comes and goes and their daughter, having delighted them all for long enough, has eventually moved out, married, and is discovering the joys of being all grown up and having a mortgage!