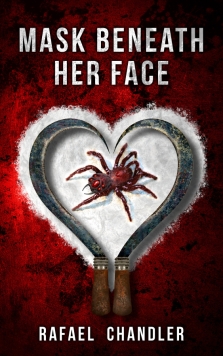 Thirty years ago, Bobbi Metzger survived a massacre at her 16th birthday party. She spent decades putting her life back together.

Tonight, Bobbi will face a new killer: a high-tech slasher hell-bent on opening the doorway to an abyss of unimaginable horror.

How long can Bobbi survive this nightmare? What will she do to protect the people she loves? How much blood is she willing to spill?

For fans of 80’s slasher flicks like Friday the 13th and Sleepaway Camp!

Warning: This book contains graphic violence and gore. Not for the faint of heart!

Bobbi Metzger wrenched the hatchet from her boyfriend’s skull. In a few minutes, Bobbi thought, I will kill her, or she will kill me. Either way, this is going to be over soon.

She lurched across the room. Blood-soaked carpet squished under her feet. Red droplets slid down and dripped from the handmade banner over the doorway: Happy Birthday, Bobbi!

July 1st, 1987, was supposed to be the greatest night of her life. With their parents out of town, Bobbi and her sister had invited everybody to the lake house, and they’d more or less trashed the place.

Bobbi stepped over a dead body: a girl in acid-washed jeans and a Noid t-shirt. Bobbi didn’t recognize her. One of Megan’s friends.

The TV was still on. There was a video on MTV, some new band called Guns N’ Roses. Bobbi’s sister, Megan, had switched loyalty from Def Leppard to these guys, because she thought their singer was hot. “I’d feel his serpentine, anytime.”

“Those guys are all gross,” Bobbi had said. “Rob Lowe’s cute, though.”

Megan had pretended to gag.

Thick drops of blood dotted the red icing on Bobbi’s cake. A birthday card was propped up next to the cake, and the message was scrawled in Megan’s loopy handwriting: POP THAT CHERRY, BOBBI!

If Bobbi turned her head just a little bit, she would see Megan pinned to the wall with a fireplace poker through her mouth, blood dripping from the band of her polka-dotted Swatch. Bobbi didn’t look. She took another tentative step.

You can do it. You have to. If you don’t, you’re dead, like everyone else. No choice.

She stepped around the table in the middle of the room.

Heart pounding, Bobbi peeked into the kitchen. Nothing. She looked behind her.

On the couch, Bobbi’s boyfriend Kevin stared at her blankly, the hatchet wound like a vertical grin in his forehead. He wore a CONTRA t-shirt. Kevin spent most of his money down at Galaxy, the arcade at the mall, plugging quarters into games like Contra and Rastan.

Last night, Kevin had tried to protect Bobbi, throwing himself at the woman in black; but she had plucked the hatchet from his hand and buried it in his skull, so quickly that Bobbi wasn’t sure it had happened at all.

Then the killer had grinned at Bobbi while Kevin slumped backwards onto the couch, the axe handle sticking out of his skull. Bobbi tried to scream, but couldn’t make a sound. 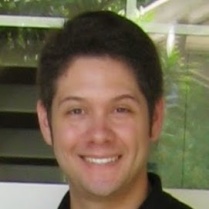 Rafael Chandler | Facebook | Instagram | Goodreads
For your chance to win either a print copy or 1 of 5 digital copies of Mask Beneath Her Face, click the link below!
a Rafflecopter giveaway
Blog Tour Organized By: 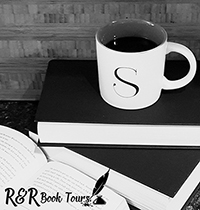