Antoine DeWitt is a man down on his luck. Broke and recently fired, he knows the 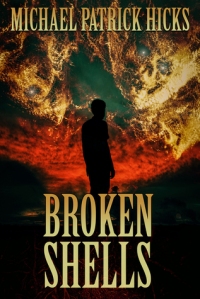 winning Money Carlo ticket that has landed in his mailbox from a car dealership is nothing more than a scam. The promise of five thousand dollars, though, is too tantalizing to ignore.

Jon Dangle is a keeper of secrets, many of which are buried deep beneath his dealership. He works hard to keep them hidden, but occasionally sacrifices are required, sacrifices who are penniless, desperate, and who will not be missed. Sacrifices exactly like DeWitt.

When Antoine steps foot on Dangle’s car lot, it is with the hope of easy money. Instead, he finds himself trapped in a deep, dark hole, buried alive. If he is going to survive the nightmare ahead of him, if he has any chance of seeing his wife and child again, Antoine will have to do more than merely hope. He will have to fight his way back to the surface, and pray that Jon Dangle’s secrets do not kill him first. – Goodreads.com

Right away I wanted Antoine DeWitt to catch a break.  I felt his desperation, his internal struggle to stick around and shoulder his responsibilities, or run and take the easy way out.  He’s an easy character to root for.

If claustrophobia, fear of the dark, and gore make you uneasy, this might be a tough read, but you’ll be missing out on a gruesome tale that makes it difficult to look away.  There’s no doubt Jon Dangle has committed atrocious acts and Antoine is his latest victim in a long line.  But in a sickeningly twisted way, Dangle’s almost able to justify his actions and for a moment, his heinous crimes almost make sense in a ‘for the good of mankind’ way – which is highly persuasive writing on the author’s part.

Graphic imagery abounds and I lost track of the body count in this captivating horror novella.  Bonus points for the stunning cover!  I’ve read several of Hicks’s works and he hasn’t disappointed me yet.