Chloe Upshaw suffers from what she calls the trifecta of awful—unfulfilling job, 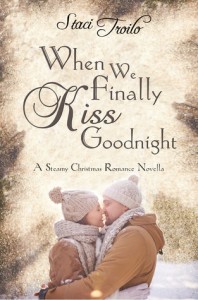 disappointed family, bad luck with love. Just before Christmas, she travels to Pittsburgh hoping to land a job that will change her career. But not only is she in stiff competition for the position, she angers her mother by rejecting her matchmaking efforts and not going home. Worse, she runs into the guy who got away—and this time, no matter how many lies she tells to protect her heart, she leaves herself vulnerable to hurt.

Britt Garris’ callous and careless behavior in college cost him his dream girl. When fate crosses their paths ten years later, he thinks it’s serendipity. And he launches into one deception after another to win her back, including an auspicious trip for the two archaeologists to Gettysburg. Britt plays on Chloe’s love of history to spend time with her. He doesn’t count on the local lore and legend predicting their future—a future his duplicity puts at risk.

When their lies finally crumble, their budding relationship is threatened. Their dishonesties and disillusions may be impossible to overcome. But maybe the magic of the season can make their dreams come true. – Goodreads.com

I don’t read a lot of romance, but sometimes you just crave a Christmas read to cozy up with during cold weather, and being familiar with Pittsburgh (where I discovered the awesome cheesy goodness of white pizza for the first time), this story appealed to me.

This is a quick read with some humorous conflict between the characters.  I especially enjoyed the interactions between Chloe and her mother.  Whose mother hasn’t meddled in their love life/career choice at times?  And if you’re reading this during cold weather, certain sections may just warm you up a little.

Romance fans will enjoy this novella and root for the characters to get their happily ever after.