Six months after the viral outbreak, civilised society in the UK has broken down. 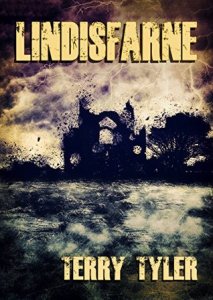 Vicky and her group travel to the Northumbrian island of Lindisfarne, where they are welcomed by an existing community.

New relationships are formed, old ones renewed. The lucky survivors adapt, finding strength they didn’t know they possessed, but the honeymoon period does not last long. Some cannot accept that the rules have changed, and, for just a few, the opportunity to seize power is too great to pass up. Egos clash, and the islanders soon discover that there are greater dangers than not having enough to eat.

Meanwhile, in the south, Brian Doyle discovers that rebuilding is taking place in the middle of the devastated countryside. He comes face to face with Alex Verlander from Renova Workforce Liaison, who makes him an offer he can’t refuse. But is UK 2.0 a world in which he will want to live?

Lindisfarne is Book 2 in the Project Renova series.
A book of related short stories, entitled Patient Zero, features back and side-stories from minor characters, and should be available in November, 2017. Book 3 is due in mid 2018. – Goodreads.com

Survival is the theme of the first book in this series, but Lindisfarne is defined more by relationships – whether they’re romantic, between housemates, parents and children, friends, or groups you wouldn’t normally associate with, all are examined as a new society forms.

In dealing with others and finding themselves in various situations, many of these characters discover what lies at their core.  Some are fortunate to find strength, courage, and other admirable traits, while others learn they’re not what they’d believed.  One character in particular deeply disappointed me, and herself as well.  I honestly wanted to wring her neck.

Hints about the nefarious governmental operations are given – still not sure what’s going on there, but I’m sure more will be revealed in the third book.

This is a strong second novel, and this series continues to offer excellent characterization, twists, and surprises – some welcome, some not so much.  Jumping into Lindisfarne before reading Tipping Point isn’t advised.

I received a digital copy of this book from the author.