It’s Bad Moon Rising Bonus Day!  Chauncey saw the call out for authors just a little too late to make the October list, but we can celebrate one more day, right?  Chauncey’s nightmare neighbor is one that hasn’t been mentioned here, but I loathed her with a heaping passion.  He’s also working on a project that will melt your heart.

I wanted to thank all the authors for participating in Bad Moon Rising 2017, and everyone who tweeted, reblogged, retweeted, or shared these posts in any way.  I hope you enjoyed yourselves, met some new authors, and added to your TBR piles.  Here’s Chauncey Rogers to wrap up Bad Moon Rising for this year! 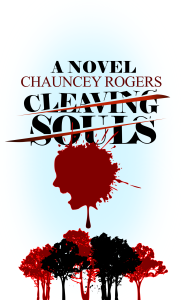 Some dangers you cannot outrun. Some nightmares do not end when you wake.

Something is watching Katherine Harris. She can feel it when she goes out. She can feel it inside her home. She feels it in her bed. Her husband, Alex, wants to blame her anxiety on her pregnancy, but he’s often away for work. He doesn’t know what it’s like to be stuck in a small town, to be trapped in a tiny house on a run-down street, to be alone. Kat does, and the feeling only grows worse.

Whatever is going on, Kat’s certain that it’s far more serious than pregnancy jitters. When Alex takes Kat on a second honeymoon to get her mind off things, it becomes far more dangerous as well.

Once, while out driving with my brother and friend, a flying saucer flew over our car. We all saw it–a great flying disc, with colored lights around the bottom. It passed directly over the vehicle, flew out in front of us, then banked left and disappeared over some tree tops. The thing was flying rather low to the ground, not much higher than the trees. The experience lasted only a few seconds, but we all saw it, and we were all sober. Not sure what it was, but it was certainly strange.

Dolores Umbridge. I HATE this woman. She makes my favorite type of villain, because we’ve all known a real-life Umbridge or two, perhaps more; people who are entirely detestable. Anyways, Dolores Umbridge as my neighbor would be a nightmare. She wouldn’t even have to be a witch. In fact, it would probably be worse if she was in charge of the neighborhood’s Home Owners Association (which I’m sure she would be). A close second would be Mrs. Fanny Dashwood from Sense and Sensibility.

There are so many things I’d like to see, and so many times and places I’d like to visit. Since you’re making me choose only one, I’ll go with something more simple and trivial (but still cool to me). I’d like to sit in for the first screening of Star Wars, back before it was Episode IV: A New Hope. Since apparently Disney is never going to release the theatrical version, going back in time is the only way to see it now.

A project for my three-year-old daughter. She wanted me to write her a Cinderella story, so I am (sort of). My take on the story is that a group of thieves/con artists are going to swap out the original glass slipper for one that they can fit into, and thus steal the prince and throne. We’ll see how it turns out!

Jurassic Park. The first book I ever read, and I still love this story, both the book and the film (which are quite different, but both wonderful). Michael Crichton was a brilliant sci-fi author in my estimation, and I feel that Jurassic Park was some of his best work. But the greatest thing about it is the simplicity of the idea: scientists clone dinosaurs to create a breathtaking zoo/amusement park. Brilliant. It’s a million-dollar idea, with wonderful storytelling to back it up. The legacy that it has spawned is well earned, though the sequel films and book never touch the magic of the originals.

My first novel was a (trueish) horror story about chickens. One of the characters is a rooster named Long Tail, and he’s probably my favorite character I’ve created thus far. He’s a bit of a divisive character among my readers, but I like him quite a bit. He’s an authority figure trying to protect traditions that are being forced out by better ideas, and he gets caught up in the back and forth, lost in both trying to be nice and trying to do his job. 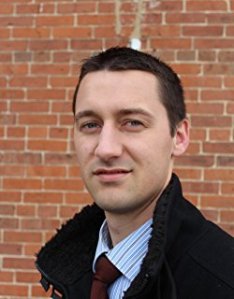 western United States. He obtained degrees in history education, linguistics, and editing from Brigham Young University, and has been writing stories all his life. He considers himself a rather savvy story critic, and enjoys informal film and literature reviews.

He married in 2012 and has two children. His first novel, Home To Roost, was published in in March 2017. His most recent novel, Cleaving Souls, launched Oct. 10 of this year.

This holiday season, he plans on getting a pet rat.