Happy Halloween!!!!  I know today’s author will be familiar to many of you – she’s released several thrillers, and is currently working on the third book in the Mayhem series.  She also has excellent taste in movies (I just watched John Wick 2 for the second time a few days ago).  Welcome, Sue Coletta!

A chance encounter …a deadly predicament …a lethal decision.

The infamous Mr. Mayhem is not your average serial killer. Reminiscent of the beloved Hannibal Lecter, minus his thirst for flesh—because eating humans is just plain rude—Mr. Mayhem storms on the scene with style, grace, elegance, and a zest for life unlike any other. Impeccable manners also help. He may commit murder, but there’s no reason to be impolite about it.

Accompanied by his loyal crow companions, Poe, Allan, and Edgar, his crimes strike fear in the hearts and minds of folks across Massachusetts’ North Shore. When Shawnee Daniels—cat burglar extraordinaire and forensic hacker for the police—meets Mayhem in the dark, she piques his curiosity. Sadly for her, she leaves behind an item best left undiscovered. Or is it serendipity by design?

Color him curious, but he yearns to examine the psychology behind her life choices, tough girl routine, witty banter, and unique double-life. In a different time and place they may even become friends. But unfortunately, their predicament defines the risk.

The stakes are too high to stop now.

For reasons authorities cannot fathom, these seemingly unrelated murders will go down in history as the most impressive killing regime of all time. His coup de grace, if you will. Even if it means permanently erasing Ms. Daniels from the equation. All the pieces are there if the authorities look hard enough. The question is, will they? The only new wrinkle is Shawnee Daniels, and she may be his toughest opponent yet …if she’s clever enough to play the game.

“I had heard so much about this book going in, that I was excited to start it, and wow, I’m glad I did!

This book has so many twists and turns it kept me guessing the whole way through. Filled with snarky characters and a killer that gets a thrill out of turning his victims into masterpieces, and you have one thrilling ride!

Shawnee Daniels is a memorable heroine; part-time cat burglar, full-time police computer techie, she is all attitude, strong, brave, and maybe a little bit naive. Mr. Mayhem; talk about a complex character! Ms. Coletta does a stupendous job of drawing the reader into the chilling mind of a serial killer with a twisted sense of humor and an imaginative way of murdering his victims. Oh yeah, he trains crows to do his bidding, as well!

This book will stay with you long after it’s finished, a highly recommended read.” ~ USA Today Bestselling Author Jacquie Biggar

Solace with Anthony Hopkins. It’s an intense psychological/paranormal thriller that had terrible reviews when it released, but I loved it. Anthony Hopkins, Colin Farrell, and Jeffrey Dean Morgan did a superb job, IMO. Trailer: https://www.youtube.com/watch?v=kEu7BS8IsuA

I also loved John Wick II, with Keanu Reeves. It’s not as good as the first John Wick, but I still really enjoyed it. The ending is intriguing. It’ll be interesting to see where the screenwriters take the story from here.

Hannibal Lecter, though it would never be boring!

I’d love to buy Edgar Allan Poe a drink and claw through his amazing mind.

That’s an easy one: Silence of the Lambs. Doesn’t every writer of serial killer thrillers? Thomas Harris paved the way for the rest of us. He also set the bar high.

Member of Mystery Writers of America, Sisters in Crime, and International Thriller 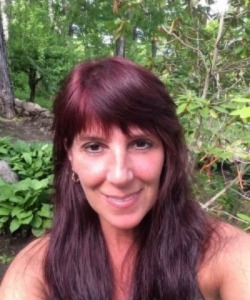 Writers, Sue Coletta is an award-winning, bestselling, multi-published author in numerous anthologies and her forensics articles have appeared in InSinC Quarterly. Every third Tuesday of the month, Sue co-hosts the radio show “Partners in Crime” on Writestream Radio Network with Homicide Detective (Ret.) and Cold Case Expert Kimberly McGath.

2017 Award-winner of Feedspot’s Top 50 Crime Blogs (Murder Blog sits at #6), Sue’s also the communications manager for the Serial Killer Project and Forensic Science and founder of #ACrimeChat on Twitter.

Join her Crime Lovers’ Lounge at www.suecoletta.com and be the first to know about free giveaways, contests, and have inside access to deleted scenes. As an added bonus, members get to play in the lounge. Your secret key code will unlock the virtual door.

Sue lives in northern New Hampshire with her husband, who deals with a crazy crime writer feeding circus peanuts to crows named Poe and Edgar, a squirrel named Shawnee (the Marilyn Monroe of squirrels, with her silky strawberry-blonde tail), and a chipmunk dubbed “Hippy” for his enthusiasm and excited leaps each time he scores a peanut. No way isn’t he shouting, “Hip, hip, hooray!”