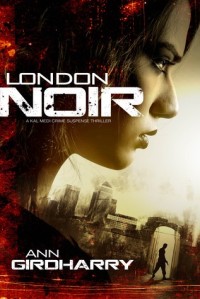 Memory loss, nightmares, the urge to kill – Sophie has it all. Is it Post-Traumatic Stress Disorder? Or something more sinister? Kal is about to find out…

After a near-fatal road accident, Kal helps a young girl in trouble. The girl’s friends are being murdered one by one. Why? And who by?

Kal must kick start herself out of her downward spiral to save the young stranger.

But Kal is in the grip of the London Cartel and is someone after the girl, or is the girl after someone?

Well, though I’ve seen several thrillers, I can’t say I’ve seen a fantastic one this year. Life was pretty good. Ghost in the Shell was okay,

The last really good one I recall is Solace, starring Anthony Hopkins.

I did a trick or treat a couple of years ago. The kids were all dressed up and the only thing I wore was a knife that looked like it was embedded in my head. I tell you, every adult I met stared at that knife. I think it’s because I look so normal and the knife was horribly realistic. I liked the impact it had!

I’m launching straight into writing Kal Medi #3. The story idea started to interrupt and come into my head when I was in the middle of writing London Noir – Kal Medi #2.

From experience, I know it will take me some time to wrestle the story down into a book.

For horror, I admire the wonderful Silence of the Lambs by Thomas Harris. More than the story, I admire the creation of the character Hannibal Lecter, the cannibalistic serial killer. Apparently, Harris based the fictional Hannibal Lecter on a real-life doctor who had been convicted for killing and chopping up his lover. Harris met this doctor in a Mexican penitentiary where he’d gone to interview another inmate.

It’s not really about my career, but more about my lifestyle. I guess I have a bit of a hermit streak because I wish I could write all day long for months on end in some remote place. But life isn’t like that and real life and daily commitments have to interrupt! 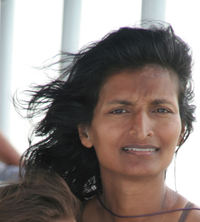 A trained psychotherapist, she worked for many years as a manager in the not-for-profit sector, for agencies working with carers, vulnerable older people, survivors of abuse, and victims of racial attacks.

She currently lives in Montpellier, France with her husband and two children.