Today is a special edition of Indie Author Friday – not because it’s on Thursday, but 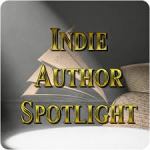 because it features my niece (can I say that if she married my nephew?), Katie Polen.  Katie works full time and is the mother to an adorable little girl who is immune to my hubby’s charms (which totally wrecked him – babies, especially girls, always love him), yet found the time to pen her debut novel, Elliana and the Keepers.  So, without further ado, meet Katie! 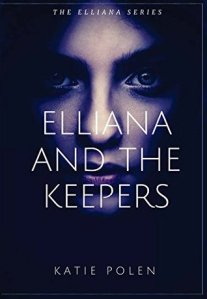 “Elliana, they are coming for you!”

Elliana wakes from a weird dream to discover her entire world is about to be turned upside down. When her parents tell her that she was adopted and that she is a descendant of Zeus she gets thrown into a battle she didn’t even know existed. The Demigods of the world are in a civil war and her mother has hidden Elliana to protect her. But, that may not be all she was trying to protect. Elliana is quickly attacked by Druids, Demigods of Hades, who are seeking out any Demies that could be a threat. She is saved by a Keeper, demigod warrior who protects earth, who vows to protect her. Along her journey, she discovers that her mother has stolen an important artifact that can change the fate of the world as they know it. Her mother is arrested by the Council of Keepers and it is up to Elliana to discover the truth and help protect the people of earth.

I think anyone who writes YA fiction would have to say the Harry Potter Series. Aside from that, the most memorable series I have read in this genre is The Song of the Lioness Quartet by Tamora Pierce.  Now I was much younger when I read it, but it left an impression.

If you could tell your younger writing self anything, what would it be?

I would have told my younger self to let go of the fear. My writing career would have started much sooner if I could have gotten over the fear of judgement and failure.

I love telling a story and letting go of my neurotic self. If you know me personally, you know I like to be in control a lot, or at least know what is going on if I am not in control.  When I write I just let it flow from inside me without any real plan.  I have a beginning in my head and an ultimate ending, but the road to get there is a complete mystery to me even as I sit down at my computer to write it.

This is a difficult one. On one hand Batman is very strong and can fly plus he has multiple types of vehicles in order to run over Spiderman with, on the other hand, Spiderman can swing in from above Batman un-detected and trap him using his spider webs giving him an opportunity to kill him before he can get free.  If the fight is planned than I give the upper-hand to Batman, but if it is completely spontaneous then Spiderman would win.

If you could be any character in fiction, who would you be?

I am Katie Polen, hopeful author of a new series called The Elliana Series. 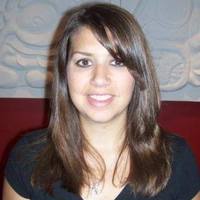 I have always had this secret dream of writing a book.  I have even tried to write one a few times before.  Life, however, always seemed to get in the way.  A family member recently published their own book and it gave me the encouragement to follow my dream to fruition.

I grew up in a small town just outside of Columbus, Ohio.  I didn’t stray too far from home and went to Otterbein College (now Otterbein University) for my Bachelors of Science in Accounting and Masters in Business Administration.

By day I am a Corporate Accountant but at night I am an Author/Mom.

My favorite types of fantasy novels are the ones that put you into other worlds.  Harry Potter, Song of the Lioness Quartet, and The Mortal Instruments are just a few of my favorites.

I am excited to create a world of my very own and hope you all enjoy it too.