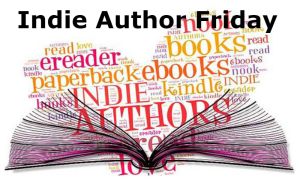 Although I haven’t read either of these novels (yet), I just finished the first book in Staci’s Cathedral Lake series a couple of weeks ago, and can tell you that if romantic suspense is your thing – you need to be reading her books.  And she gets bonus points for being into superheroes. 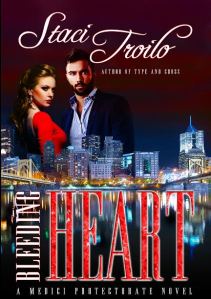 In the heart of Pittsburgh awaits a secret half a millennium in the making.

After her father’s brutal murder, Franki discovers she and her three sisters are the only surviving, secret legacy of the Medici. The same people who brutally murdered her father now target her and her family for assassination. Unprepared to battle an unknown enemy, she finds her safety depends on the Medici Protectorate, the warriors who guarded her bloodline for centuries, but who failed to protect her father.

Gianni, Franki’s protector, blows his first meeting with her, but knows he must garner the trust of not only Franki, but also her sisters. Without that, he fails too, and that is unacceptable—not only to him but also to the Medici Protectorate. His troubles grow larger, for as he assumes his new role, he also undergoes inexplicable, explosive physical changes… transformations he can’t control. One of those is his uncontainable desire for Franki.

Their worlds collide in passion and violence, and Franki struggles to trust Gianni. When her life is on the line, Gianni will have to conquer both her fears and his own personal demons to rescue her in time. 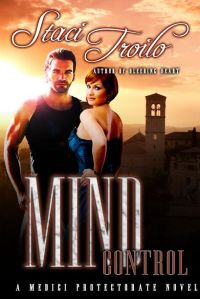 Three decades. Two continents. One secret that could cost him everything.

Too. Many. Secrets… and Vinnie Falco is buried in them. He works undercover day and night to keep watch over Jo Notaro, whose fiery temperament matches her boundless energy and unparalleled beauty. Jo is unable to withstand the endless scrutiny and constant surveillance, so when Vinnie’s ever-watchful gaze lingers too long, she can feel his touch—and she doesn’t know if she loathes it or loves it.

Vinnie’s job to watch Jo goes much deeper. He’s a vice president of an international corporation, a front for a secret organization—the Medici Protectorate—which continues a tradition going back nearly 500 years to guard the Medici line. Jo and her sisters are the descendants of the Medici and someone wants them dead. But Vinnie has another secret he’s desperately trying to hide. A secret that could push Jo too far away for even him to save her.

I write in multiple genres, but I always seem to prefer a romantic element, so I’ll go with romance and say my favorite books are anything by Nora Roberts, Catherine Anderson, and J.R. Ward.

If we’re talking about Mind Control (or any novel in the Medici Protectorate series), I’m going to have to go with Mike. It’s not because he’s the villain; he’s one of the good guys. It’s because he’s so rigid and formal. He also comes off as superior, whether he truly believes that or not is anyone’s guess, though. And he’s distant. I’m a very emotionally-driven person. I thrive on close relationships, and I have trouble trusting people who are closed off or who keep their distance. So, I’d say Mike and I would clash. Or at the very least, we’d have a strained and distant relationship.

I know they say you shouldn’t read your reviews because you’ll get caught up on every word and agonize over every nuance. But I can’t help it. I read the reviews I get. I’ve heard a lot of lovely things about my writing, and I treasure those comments (and always will). But the comments that mean the most to me are from fans who say they loved the work so much, they’re eagerly awaiting the next release or the people who say they read a sample chapter and liked it so much they downloaded the whole book and read it cover to cover in under twenty-four hours. Those are the people I know I’ve touched in some way, and that warms my heart.

Has to be Batman. I’m sure he has a Bat-Gadget in his utility belt that can counteract spider webs.

Belle, from Beauty and the Beast. I know she’s not a superhero, but she and I both love to read. Besides, I have to give it up to a heroine who can see past appearances to what’s inside a person. Vision like that is pretty heroic.

Staci Troilo has always loved fiction, ever since her parents read her fairy tales when she was a young girl. Today, her interests are much more eclectic. She loves getting lost in sci-fi battles, fantasy realms, horror worlds, suspenseful intrigues, and romantic entanglements.

As goes her reading, so goes her writing. She can’t pick a single genre to focus on, so she doesn’t even try. She’s proud to say she’s a multi-genre author.

When she’s not reading or writing, she’s spending time with family and friends, possibly cooking for them, or maybe enjoying an afternoon in the pool. To learn more about her, visit http://stacitroilo.com.