Welcome Jake Parent to Day 2 of Bad Moon Rising!  The description of his psychological thriller, Cristina, brings to mind the phrase “If it seems too good to be true, it probably is.” 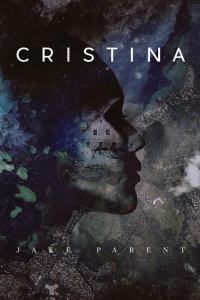 Driven by a desperate need to escape her past, Cristina Rodriguez moves into a picturesque hilltop home with an ocean view. The same place where, four years earlier, a young girl was kidnapped and murdered.

At first, both the house and the scenic California beach town seem perfect. Fresh air. Fresh faces. And the ocean is just ten minutes away. But as Cristina and her daughter set about rebuilding their lives, they soon discover that the past is not about to let go so easily.

A gripping psychological thriller by a #1 Amazon bestselling author, Cristina will grab you from the first page and keep you guessing until the very end.

What’s the first story you ever wrote?

The first story I ever wrote was called “The Ball.” A fantasy tale about a glowing gold ball that floated in front of the story’s hero and led him on a quest to save a princess. I was six.

Which fictional character would you most like to meet and have a drink with?

Definitely “The Hound” (AKA Sandor Clegane) from George R.R. Martin’s “A Song of Ice and Fire” series. He would probably end up stabbing me in the face or something, but it’s hard to imagine a cooler way to go!

In the spirit of Halloween, what scares you?

Favorite hero and villain in a book/movie?

My favorite hero is probably Winston Smith from George Orwell’s 1984. It takes real guts for a person to question things that every other person accepts as “the way the world is.”

And favorite villain has to be Darth Vader. I don’t think a bad guy could be any more perfect.

What do you consider the hardest part of writing?

Having faith in the process. It’s so easy to sit there with a rough draft of a great story and start comparing the cleanness of the writing to a finished product. You have to constantly remind yourself that what you’ve got will be just as clean once it has gone through as much polishing.

I’ve got another book done, which is in the editing process. And I’m just getting started on my first series – a detective story starring a female cop set in a gritty agricultural city not far from where Cristina takes place.

Jake Parent is the author of Cristina, a new psychological suspense novel. His first book, Only the Devil Tells the

Where To Find Jake