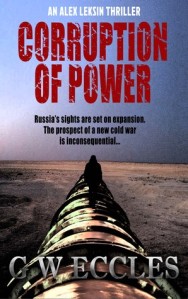 the plan to reduce Russia’s reliance on an ever more hostile Europe is put at risk. Hell bent on expansion, President Karpev’s strategy is first to shift the markets for his country’s vast energy resources to the East and Saidov has been charged with overseeing a planned pipeline for Russia’s oil through Turkmenistan and Afghanistan to access these markets. Failure could mean catastrophe, spreading the conflict raging in the Middle East to Russia’s own borders.

Fearful that the pipeline deal might be tilting off course, Leksin has only twelve days to report back before Karpev is due to sign the pipeline contract with the Turkmen President in Ashgabat.

His investigation begins in Moscow at the conglomerate responsible for planning and funding the pipeline. Once the province of larger-than-life oligarch, Lev Usenko, the group is now run by his daughter, Vika, the woman Leksin was once to marry. Trickier still is the prospect of dealing with her embittered brother, Max.

Against a background of political corruption, state-sponsored terrorism and increased Taliban insurgency, Leksin moves on to Turkmenistan, one of the world’s most sinister countries, right at the heart of Central Asia. Initially his enquiries reveal nothing to cause alarm. Other factors, though, suggest otherwise: wherever Leksin goes, someone tries to kill him; people in a position to help him are assassinated; and information turns out to be misinformation.

And when at last he discovers the truth, he finds himself unsure of whom he can trust as the stakes get frighteningly higher.

It’s been a while since I’ve read a political thriller, so it was a nice change to dive into this novel.

There are several characters and organizations in this book, making the glossary at the beginning very helpful and I found myself referring to it many times.  Alex is an intelligent, sly protagonist who is not without his flaws, and I had the impression he’s trying to atone for things in his past.  The backstory on Alex is limited in this novel and I would have liked to know more about him to understand some of his actions and how he came be an ‘independent troubleshooter’.  When I looked up this author on Goodreads, I found an earlier Alex Leksin novel, so more of his past may be revealed in that book.

This is a fast-paced, intriguing novel that causes the reader to second guess most of the characters’ actions and wonder whose side they’re on – and there are many sides and personal agendas in this story.  Just when I thought I had it figured out, some unanticipated twists near the end proved me wrong.  I enjoyed the different settings and vivid descriptions of the areas and the action sequences were tense and well-planned.

The copy I read is an ARC, so some errors may be corrected in the final copy, but early on, one of the characters is referred to as a half-brother, then several chapters later, a step-brother.  Another section had a character bound and gagged, on the next page talking to someone, and a couple of pages later, having the gag removed.

If you’re a fan of political thrillers, or just thrillers in general, Corruption of Power is a worthwhile addition to your reading list.  I received a digital ARC of this book in exchange for an honest review through Rosie’s Book Review Team. 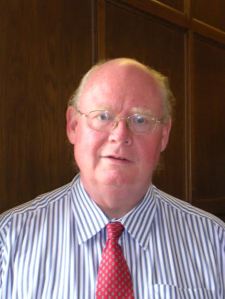 with a law degree and subsequently became a partner in one of the major international financial advisory firms.

In 1994, George left London to move to Russia and Central Asia during the tumultuous period that followed the breakup of the Soviet Union. His work involved extensive travel throughout Russia, Kazakhstan, Uzbekistan and Turkmenistan – often to places with restricted access to foreigners. During his time there, he advised a number of real-life oligarchs how best to take advantage of the opportunities that became available as regulation crumbled and government became increasingly corrupt. Against this background, while his novels are fiction, many of the anecdotes and scenes are inspired by actual events.

His first thriller: The Oligarch, was awarded a Silver Medal both at the Global E-book Awards 2013 and at the Independent Publishers Book Awards 2013, as well as being selected as IPPY Book of the Day.

George is married and now lives with his wife in a hilltop village not far from Cannes in the South of France.